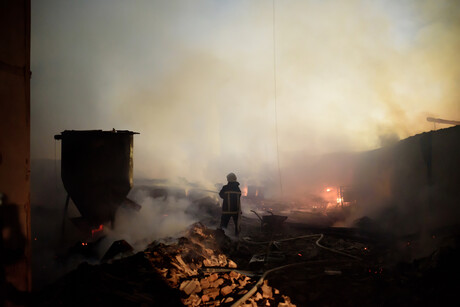 “Up to 20% of our inquiries at the moment are coming from people with a faulty, failing or poor-performing solar PV system,” he said.

“The problem is that too many systems used poor-quality equipment or were poorly installed to keep the price down. Over time, these systems start degrading or failing, leaving many consumers with no recourse or remedy as often the installers have long since left the market. This, combined with the problem of DC isolators — fundamentally flawed safety devices that were not designed to be on the roof for 10-plus years — leads to even more performance and safety issues. DC isolators are now the most common cause of solar-related fires in Australia.”

Solaray Energy revealed this high level of consumer concern after Fire and Rescue NSW reported incidents of solar-related fires in NSW had increased more than 500% during the past three years. FRNSW data shows firefighters attended 139 solar panel fires last year, compared to 56 in 2019 and 22 in 2018.

In a recent interview on ABC Radio National, Australian solar research Dr Timothy O’Leary from the University of Melbourne’s School of Architecture said solar safety problems were caused by “poor-quality products and poor-quality installation… we may be lagging behind in the regulation and also the adoption of safer technology such as microinverter systems, which are inherently safer. They don’t require the DC isolator and they don’t require the very high voltages which are the issue”.

The increase in solar-related fires in NSW occurred as Australia’s rate of solar PV sales hit new highs during 2020. Analysis by Sunwiz reports that the Australian solar market ended 2020 with 39% more installed capacity than in 2019 — despite lockdowns caused by COVID-19.

Fisk said anyone with concerns about their solar PV system should get it checked, based on advice from the Clean Energy Regulator. “However, if the system is of poor quality or has been installed cheaply in the first place, trying to fix it is often just pouring good money after bad,” he said.

“The megatrend we are seeing is for people to add to or to replace older solar systems. New solar systems are much safer, smarter, more technologically advanced and more efficient and ready for smart grids — virtual power plants that allow you to share and sell your own energy.

“Customers are also preparing for electric vehicles with batteries and smart solar systems. As the uptake of electric vehicles is now a matter of when more than if, the new systems are able to manage and often supply this extra energy demand cost-effectively,” he said.

Wilf Johnston, General Manager APAC for microinverter manufacturer Enphase Energy, said the company had achieved its best ever sales performance in Australia during 2020.

“The time to improve safety standards is right now. We can’t always rely on people to do the right thing, so why not introduce technical solutions that make systems inherently safer? Just like seatbelts and airbags in cars, we need similar safeguards for solar,” he said.

Solaray Energy was the 2020 installer of the year for Enphase Energy.